A small fern native to the Americas which has spread widely throughout the world by a variety of mechanisms.. Introduced into Europe, North and sub-Saharan Africa, China, Japan, New Zealand, Australia,

The water fern has naturalized over a wide geographic range in Ireland, although recorded in relatively isolated localities, it can be periodically troublesome in ponds and slow moving freshwater habitats. On the River Barrow and associated canals pockets of plants can be found throughout the system. 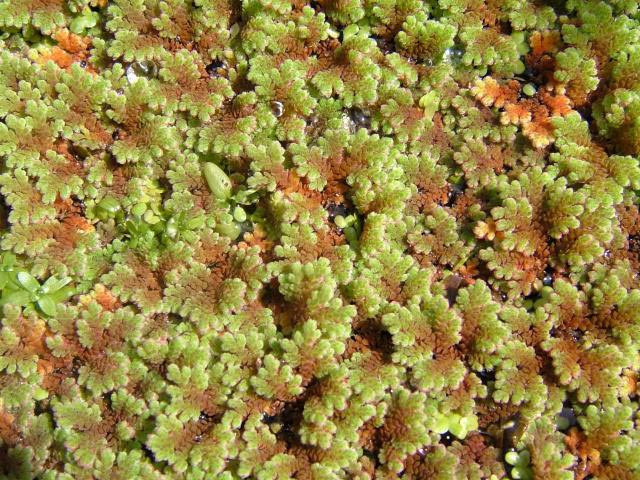 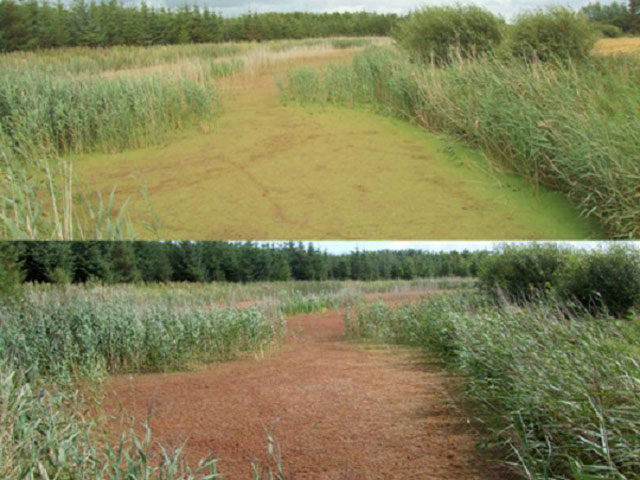 The water fern has been a target of a biological control program in South Africa since 1995, where natural enemies from the fern’s native range were assessed for release. One biocontrol agent, a frond feeding weevil Stenopelmus rufinasus was considered safe after extensive host specificity testing. Following release, the water fern was brought under complete control within a few years and no further intervention has been required. Although not deliberately released, the weevil is known to occur in the UK since 1921, where it offers periodic control of the water fern. 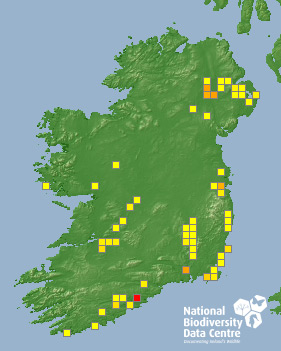